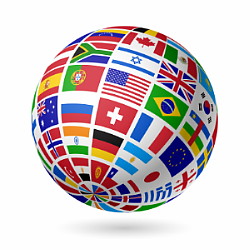 There is no global environmental authority, for instance. Policy on the climate change front is being done via ad-hoc approaches involving elements of international cooperation, voluntary compliance, and large doses of hope. In the absence of a body having jurisdiction over the global environment with corresponding legal enforcement authority, the international community has, de facto, abdicated management of the world’s environment to chance and the actions of well-meaning states. Even the 2015 Paris Agreement, bringing together 175 countries pledging reductions in emissions, if implemented in full, will not prevent a warming in excess of 2°C, the threshold recognized by climate scientists as necessary to avoid “potentially devastating consequences” (Stern 2016).

Whether we focus our attention on climate change or other global challenges, the fact is that major planetary problems are being neglected because we do not have the mechanisms and institutions strong enough to deal with them.

Effective, credible mechanisms of international cooperation, that are perceived to be legitimate, and capable of acting on behalf of the interests of humanity—rather than those of a particular set of countries—are essential if the world is to meet the challenge of striking the correct balance between concern for the environment and the policies that must underpin such concern, on the one hand, and the need to ensure that the global economy develops in a way that provides opportunities for all, particularly the poor and the disadvantaged, on the other.

It is an open question whether the existing system of sovereign nation states is capable of achieving this level of cooperation, or if such a system will require a more fundamental restructuring involving greater levels of national accountability to ensure outcomes that will better serve present and future generations.

Ethics and human values. Finally, no strategy aimed at fostering the emergence of a sustainable development path would be complete without a fundamental rethinking of the human values that have driven much of the development process during the past century. A considerable body of academic research in recent years has examined the issue of the correlation between growing income and human happiness. The question itself might have appeared slightly quaint a couple of decades ago, when economists in academia and policymakers in government and international financial organizations more or less accepted as an article of faith that higher growth and income would always be desirable and would increase human welfare, and along with it, happiness.

Several insights, however, have contributed to a gradual change of perspective. First, the realization that, however beneficial might have been the several decades of robust post-war economic growth in improving living standards, the global economy was beginning to run up against environmental constraints which could actually be measured.

Second, psychologists, newly empowered with analytical tools developed in other sciences, were able to show that human happiness was correlated with income only up to a certain level. Money seemed to be crucially important for happiness when basic material needs had not been met. But once these had been satisfied, the sources of happiness shifted to other concerns, reflecting deeper spiritual aspirations, including friendship, relationships, a sense of purpose in life, security, among others.

The above observations suggest the need to broaden the definition of what constitutes “well-being” and investigate more closely the relationship between increasing market activity and the welfare of the people participating in the economic system. One starting point would be to establish a clearer mental demarcation between the concepts of “growth” and “development.”

The first is essentially a quantitative concept which captures the expansion in the scale of the economic system, while the latter refers to qualitative changes in this system and in its relationships with the environment and other aspects of life in the community. Properly understood, economics should concern itself less with how to add to the physical dimension of the economic system and more with the long-term welfare of the community whose interests the “system” is ultimately intended to serve.