Fiscal Strains in the Years Ahead

September 25, 2013
The world’s population by 2030 is projected to be 8.1 billion, 2 billion more than in 2000. A full 95 percent of the increase over this 30 year period will take place in the developing world, nearly all of it concentrated in urban areas. There is a relentless process of urbanization under way all over the world which, for instance, has transformed China’s landscape and has contributed to that country’s rapid pace of economic growth. Whereas in 1980 less than 20 percent of China’s total population of close to 1 billion was living in urban areas, by 2000 this share had risen to 33 percent. The urban population during this period expanded from about 190 million to over 420 million, and is projected to reach 1 billion by 2030. Well before 2030 China will have several megacities, with the population of Shanghai likely to exceed 25 million. 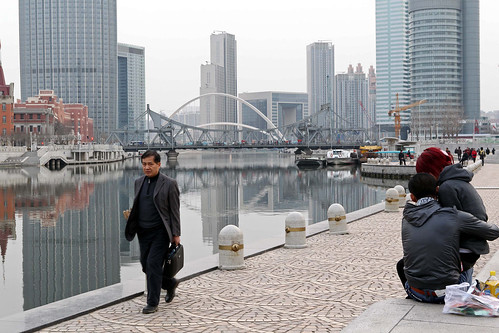 An extra 2 billion people will put pressures on energy demand, for transportation, heating, lighting and to sustain the pace of economic activity. Governments will have to invest in physical infrastructure to cope with rising demand for housing, food, and assorted services. In the case of China, in particular, population aging and rapid urbanization will interact in potentially expensive ways.

Certain parts of the world—the Middle East and North Africa, parts of South Asia—have exactly the reverse problem of the rich OECD countries and other aging societies like China and Russia, namely, high fertility rates and growing young populations eager to acquire skills and find a job in the increasingly interconnected global economy (see the blog by Wolfgang Fengler on the global demographic dividend). In some countries, the desire to avoid rising and potentially politically destabilizing unemployment will force governments to spend more on education and training and to invest in the sort of infrastructures that will facilitate private sector development and job creation.  By 2050 the combined populations of Pakistan, Indonesia, Nigeria, Bangladesh and Iran will exceed 1.25 billion. The implied rate of growth of the labor force in these countries is very high and the increases in employment which would be necessary to prevent a rise in current levels of unemployment are extremely demanding.

Failure to meet the rising expectations of populations in the developing world could lead to political instability and heightened security risks for the world as a whole. The rapid pace of diffusion of the latest information and communication technologies and the resulting more open access to information has made it possible for impoverished populations in the developing world—particularly the young—to aspire to the lifestyles and opportunities of the rich OECD countries and has also made them far less willing to wait for “convergence” in the far distant future.

Population aging, climate change and urbanization are all likely to create painful fiscal tradeoffs for governments in the future. We will have to be savvier in the way we spend scarce resources. People are far more demanding—particularly in countries where officials are subject to the discipline of the ballot box—about the uses that are made of the taxes they pay. We have close to 800 million people in the world who are illiterate but spend—according to the IMF—4 percent of world GNP annually in inefficient energy subsidies, the benefits of which are largely captured by the middle class. US$1.9 trillion could go a long way every year toward poverty alleviation and reducing income disparities.

The global economy is still recovering from the dislocations caused by the 2008-09 global financial crisis. There is cautious optimism about the near-term outlook but the crisis made necessary an extraordinary set of interventions and we now have—particularly in the advanced economies, which still account for the lion’s share of world economic output—historically high levels of public indebtedness, which have dramatically reduced our fiscal space to deal with the effects of the next crisis. 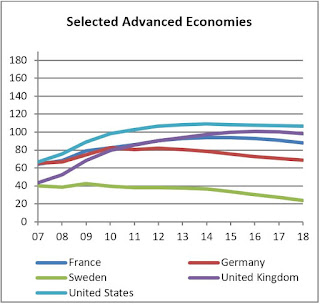 Nor are emerging markets exempt from the risks associated with high debt. The level of debt that is regarded as prudent in emerging markets—about 40 percent of GDP—is generally considerably lower than in the advanced economies, with their much deeper financial markets and better track records of debt management. Emerging markets tend to have lower revenue ratios; they sometimes are more dependent on financing by nonresidents and have a much more uneven history of debt defaults.  Countries such as Brazil, Hungary, India, Pakistan, Poland and Thailand, among others, already have debt levels above 40 percent of GDP, sometimes substantially so.
The sooner we return to the virtuous world of cautious management of the world’s public finances, the sooner will we be in a position to respond effectively to the crises that, surely, will remain a feature of our economic landscape for years to come. More importantly, sound public finances empower governments to move away from day-to-day cash management in the middle of a crisis, to more proactive policies aimed at boosting the quality of education, improving infrastructure and spending more in competitiveness enhancing areas.